SYNAGOGUE is EKKLESIA is CHURCH is Synagogue.

In our Christian era, to get Jesus to be amidst us with the presence of the Holy Spirit (John 14:26) does not necessarily require a public edifice. The habitation of a husband and a wife or of two or more followers of Jesus constitutes a gathering place. The newly revealed God the Father is worshipped in the spirit. Public edifice is for teaching Moses and the Prophets (Acts 15:21). There is no requirement in the Bible that it is obligatory to attend the public edifice every single sabbath for the once WEEKLY [not more than that] holy convocation. The One Flock that Jesus calls for is connected in Jesus through the Comforter. In our era, we can connect with The Flock at their home through technology.

"For where two or three are gathered together in my name, there am I in the midst of them." Matthew 18:20 ASV

The churches of Asia salute you. Aquila and Prisca salute you much in the Lord [YHWH], with the church that is in their house. 1 Corinthians 16:19 ASV

Paul, and Silvanus, and Timothy, unto the church of the Thessalonians in God our Father and the Lord [YHWH] Jesus Christ;  2 Thessalonians 1:1 ASV

Take heed to yourselves and to the whole flock, wherein the Holy Ghost hath placed you bishops, to rule the Church of God [YHWH]which he hath purchased with his [YHWH] own blood.  Acts 20:28 DRB

Take heed unto yourselves, and to all the flock, in which the Holy Spirit hath made you bishops, to feed the church of the Lord [YHWH] which he purchased with his [YHWH] own blood.  Acts 20:28 ASV

The purchase of the Greek EKKLESIA by the blood of Jesus proves that Jesus is YHWH God.

Pay attention to yourselves and to all the flock, among which the holy spirit has appointed YOU overseers, to shepherd the congregation of God, which he purchased with the blood of his own [Son]. Acts 20:28 NWT

Take heed to yourselves and to the whole flock, wherein the Holy Ghost hath placed you bishops, to rule the Church of God which he hath purchased with his own blood.  Acts 20:28 DRB

Acts 20:28 is so telling that the Watchtower, the Lexham English Bible, and some other translations stumble on the verse and erase 'blood' to replace 'blood' with 'son' because the verse strikes 'the' blow to the foundation of the shared baseless doctrine that Jesus is Archangel Michael, that Jesus is not YHWH God who became flesh in Luke 2:11 as MESSIAH YHWH, according to the Hebrew language.

God the Father has no dealing directly with humanity as Jehovah always dealt with man in even taking human shape to speak to Abraham. The sacrifice of Jesus reconciles us with God the Father. In John 3:16, Jesus makes it clear that we must deal with Him to secure our salvation not with God the Father.

THE EKKLESIA IS THE BODY OF JESUS

Note that the ekklesia is not the edifice but the assembly of the followers of Jesus, because Jesus did not die for an edifice.

Now I rejoice in my sufferings for your sake, and fill up on my part that which is lacking of the afflictions of Christ in my flesh for his body's sake, which is the church;  Colossians 1:24 ASV

The Synagogue, the Ekklesia, the Church is ONE Flock with one Shepherd, Jesus, even if it is all over the globe.

John 10:15-16 ASV
(15)  even as the Father knoweth me, and I know the Father; and I lay down my life for the sheep.
(16)  And other sheep I have, which are not of this fold: them also I must bring, and they shall hear my voice: and they shall become one flock, one shepherd.

The woman saith unto him, I know that Messiah cometh (he that is called Christ): when he is come, he will declare unto us all things.  John 4:25 ASV

Therefore take heed to yourselves and to all the flock, in which the Holy Spirit placed you as overseers, to shepherd the assembly of God which He purchased through His own blood.

The Holy Spirit can never speak against any iota in Moses and the Prophets (Luke 16:17-31). If any spiritual leader speaks contrary to Jesus in any way, this leader (or his denomination) has not been chosen by the Holy Spirit (whom Jesus sent to represent Him) to oversee the ekklesia, synagogue, assembly, or church of Jesus.

to shepherd the assembly (ekklesia) of  God

The ekklesia is the ekklesia of God, YHWH God, who is Jesus, not God the Father, according to the reading of the verse. Why?
Some translations who do not portray Jesus as the known Jehovah God, King of Israel or of the Jews as Pilate immortalized it, stumbled on the verse to make the rest of the verse read differently than the Greek.
Any one who leads a synagogue, a church, an assembly in the name of Jesus ought to make sure they abide by the guidance of the Holy Spirit in doctrines.

which he purchased with his own blood

The above phrase cannot refer to God the Father because God the Father was not incarnated to get human blood to flow into His veins so we could say that God the Father purchased His church by His blood. Because Jesus is the One who was incarnated and who died not as a Catalyst for the Father, but shedding blood and water, Jesus is Jehovah God as the verse connects the dots to God who purchased the church by His own blood. The Greek does not say by His [Son]. [Son] is the spillage of the bias of the Antichrist translations.

And as they ministered to the Lord, and fasted, the Holy Spirit said, Separate me Barnabas and Saul for the work whereunto I have called them.  Acts 13:2 ASV

(6)  Now when they had gone throughout Phrygia and the region of Galatia, and were forbidden of the Holy Ghost to preach the word in Asia, (7)  After they were come to Mysia, they assayed to go into Bithynia: but the Spirit suffered them not. Acts 16:6-7 KJV

John to the seven churches that are in Asia: Grace to you and peace, from him who is and who was and who is to come; and from the seven Spirits that are before his throne;  Revelation 1:4 ASV 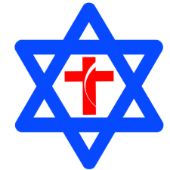